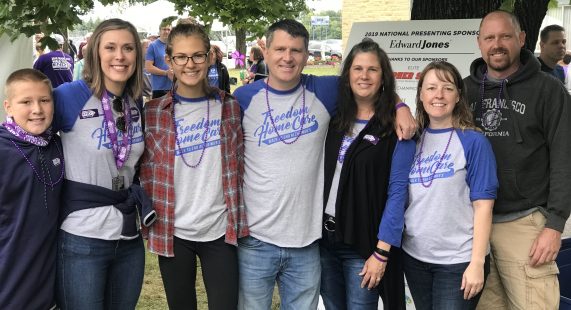 MANKATO — Fun.com and United Prairie Bank have been named to the Greater Mankato Growth Hall of Fame.

In the early 2000s he spent a few thousand dollars to buy costumes and began selling and renting them online.

The family business was run out of a garage but quickly outgrew its space, eventually moving into a spacious facility in upper North Mankato.

The company now has 100 year-round employees and thousands of seasonal employees, operating out of the 200,000-square-foot warehouse.

Fun.com has a number of websites, including HalloweenCostumes.com and Shirts.com, and sell or rent a wide variety of items.

United Prairie Bank, headquartered in Mankato, began in 1973 when former President James Sneer bought Farmers State Bank of Mountain Lake, followed by the purchase of other banks. In 1992 the banks changed their names to United Prairie Bank.

In 2002, Stuart Sneer, the son of James and Susan Sneer, took over as president of the company.

All the banks are organized under a local market president.

Stuart Sneer graduated from Minnesota State University and worked as a part-time teller for Norwest Bank in Mankato during his college years. After graduation, he managed United Prairie Bank in Worthington and eventually became chairman of United Prairie.

Scott Bradley is the president/CEO of United Prairie, joining the bank in 1991. His father and grandfather were both bank executives.

Each year GMG recognizes businesses, organizations and professionals at the Greater Mankato Business Awards & Hall of Fame. This year’s event is and will be 5:30–8:30 p.m. Nov. 12 at Mankato Civic Center.

To get tickets, go to: greatermankato.com/hall-fame.

Other award winners are:

The award goes to a business that was established more than 10 years ago and has previously been named to the Hall of Fame.

The award recognizes partnerships that enhance education and business.

This year’s award goes to the school districts in Mankato, Lake Crystal, Maple River, St. Clair and Nicollet, and Feeding Our Communities Partners.

The award recognizes someone who has participated in the Greater Mankato Leadership Institute program and has demonstrated exemplary contributions to the community.

Young Professional of the Year

Recognizes an individual, group or organization that works alongside Visit Mankato to bring a significant event to Greater Mankato.

This year’s winner is the Aussie Peppers. They are the Australian team in the National Pro Fastpitch league that played this season at Caswell Park in North Mankato.

The award is for providing outstanding hospitality to visitors or who helped promote Greater Mankato as a destination.

The CityArt “People’s Choice” Award will be revealed at the awards banquet.

The award, which goes to Farmamerica, recognizes those who highlight the importance of agriculture.

Growing in the GreenSeam

The award honors a business that has recently opened in the area.

The award goes to Revol Greens, a Medford business that grows organic lettuce in greenhouses.